“Every man dies, but not every man lives” – Bladerunner 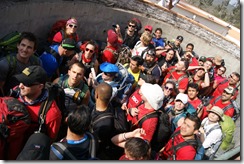 The Death Race is designed as the ultimate personal challenge, and to present you with the unexpected. It is designed to challenge you physically, mentally and emotionally, and is the brainchild of Joe DeSena and Andy Weinberg.

Traditionally set in the heart of the Green Mountains of VT, specifically in and around the town of Pittsfield, VT, it is a multi-day event with a number of physical and mental challenges that all change significantly from year to year.

So how can someone describe an event where you should expect the unexpected? Well despite the unpredictability of the specific events there is a common thread that typically runs through the Death Race, and this post will attempt unravel some of that thread. 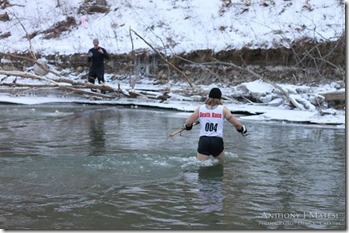 At the time of writing, by the way, there are four variants of the race. The original is now called the “Summer Death Race” and is typically held in VT in June. A few years ago the  “Winter Death Race” was created, and this is typically held in VT in February or thereabouts. More recently saw the introduction of Team Death Race (a race for teams of 4 people) in VT and the Traveling Death Race that was held this year for the first time in Mexico.

These races all have subtle differences due to the circumstances of the race, environment and climate. But again, there is a common set of themes that you will see. Almost every Death Race will contain the following

Those are the main components of almost every Death Race.

The Death Race is one of my favorite events for a number of reasons. First off, it helps forge mental and physical toughness. Mostly, though, it attracts a unique type of person. I have developed many friendships with amazing people through the Death Race series and even if I stop racing I will continue to attend the race as a volunteer, crew member or in some other capacity.

To find out more, go to http://youmaydie.com (yes you read that correctly)

I plan to perform a round-up test of axes in a future post.

Pictures courtesy of Peak Races, AJ Matesi and other photographers – sorry if I forgot the credit.